An intumescent coating or paint is a substance that offers passive fire protection to structural load bearing elements of a building in the event of fire.

The Building Regulations for England and Wales state legal obligations that building designers must comply with. One example of this relates to structural stability and states “the building shall be designed and constructed so that, in the event of a fire, its stability will be maintained for a reasonable period”.

These specialist coatings delay building collapse by insulating the structural elements (columns, beams, roofs, floors) and helping to achieve fire resistance levels and allowing time for evacuation of a building and a safer environment for emergency services. This system is being increasingly used now that visible load bearing elements, especially steel structures, are more popular in architectural design.

The advantages of this fire protection system include:

How does intumescent paint work?

Intumescent coatings are known as ‘reactive paints’, because when the paint is exposed to heat, it reacts.

When an intumescent paint is subjected to temperatures in excess of 120oC, it turns back to a liquid state, when it then increases in volume while decreasing in density, thus creating a heat resistant barrier. The subsequent charring delays the detrimental effect extreme heat has on structural steel, offering valuable time for occupants to vacate the building and emergency services to tend the fire.

The paint itself can expand to up to 50 times its thickness and forms a carbon layer. In the case of intumescent coatings for steel, the carbon layer acts to insulate the steel and maintain a temperature below 550oC or 620oC for a given period of time such as 30, 60, 90 or 120 minutes.

During a fire, it is imperative that the structural elements of a building are protected so that they don’t reach the critical failure temperature. For structural steelwork this is between 550oC and 620oC. Below this temperature, the steel maintains a state of elasticity, meaning that it can bend or deflect then return to its original state once the force has been removed. If the temperature goes above the critical temperature, structural steel under load will take on a state known as ‘plastic’ and lose its load bearing capacity and potentially collapse.

How are intumescent coatings applied?

Structural steel is prepared by grit blasting to SA 2.5 and, depending on specifications, coated with a two pack epoxy primer before the coating system is applied to a specified thickness using an airless spray method. 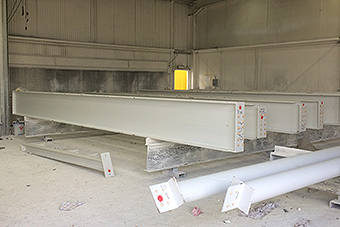 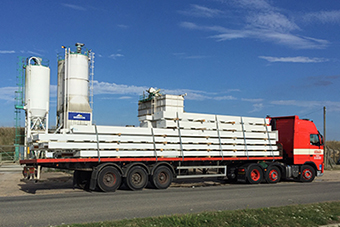